Here's a thread I originally posted on twitter, then deleted and reposted here.


I have a lot of pretentious ideas about art that I try not to bring up much cause nobody wants to hear it... but I'm gotta vent a little about some stuff I saw on my lunchbreak. I know twitter is a bad place to overthink things but here I go again.


The saying "good artists borrow, great artists steal" often rubs me the wrong way. Like yeah everybody has influences, but the best art is influences combined with your own experiences & observations.


There is truth to the idea that all art is derivative, but that attitude is also used to justify laziness & dismiss valid complaints by oversimplifying.


Art shouldn't JUST be the sum of the other art you like. That's a big part of it but there is also such a thing as innovation, at least in specific contexts. Taking an idea from one genre or medium to another is more interesting than straight repetition within the same one.


There are wonderful transformative ways to reuse ideas- covers, remixes, mashups etc can be amazing and extremely creative, but the insistence that "it's smarter and better to steal, you're a sap if you think otherwise" just bugs me.


If your art is just a straight reference/ recreation of something else, the people who already know that other thing get nothing new out of it. Like those lame Family Guy cutaways where it's just Peter or Stewie recreating a scene from a movie verbatim.


Direct references are mostly an easier, safer way of communicating, both in art & real life. (I think I do it way too much in regular conversation.) It's a cheap recognition laugh but isn't it more interesting to try to express ideas in new ways?


I say "art" but as is often the case, I'm also kind of talking about animation in particular, a medium which is notoriously short on originality due to being risk-averse.


End of thread. These are just my opinions and artistic philosophies. If you disagree that's fine, I'm not looking for a debate or "what about this thing I like?" cause there are probably tons of exceptions that I like.
Posted by Aaron Long at 6:38 PM 1 comment: I've been blocking out some character arcs for season 3 of Sublo and Tangy Mustard today! I was thinking this could be a shorter batch, but I have a bunch of ideas. Hmm...

I didn't have a ton of 'wacky plot' concepts but the more I dig into what's going on with the characters, the more story potential reveals itself. The tricky part has always been keeping at least one foot in Subpar/mascot gimmick land while I'm tempted to focus on how the characters' lives are developing outside of Subpar. I try to balance those elements so it doesn't get too angsty and self-indulgent.

(The stuff sticking out of the sketchbook is ripped post-its to mark ideas I liked.)

Posted by Aaron Long at 2:50 AM No comments:

A Good Dog Drawing and Some Weirdos 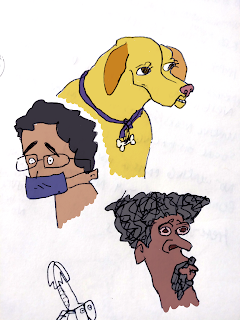 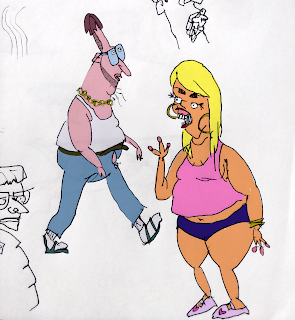 Some lazy doodles from the last little while 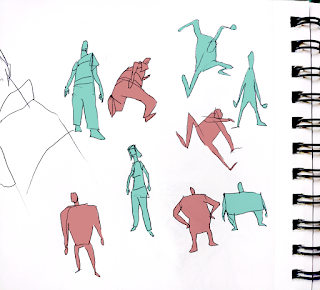 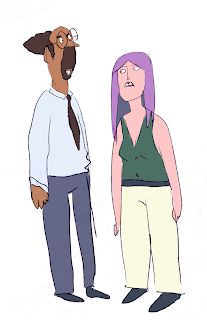 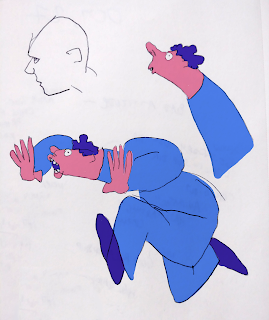 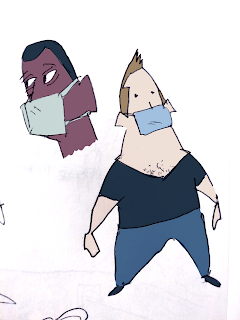 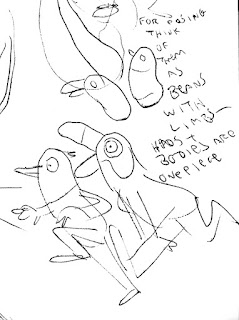 Posted by Aaron Long at 7:44 PM No comments: